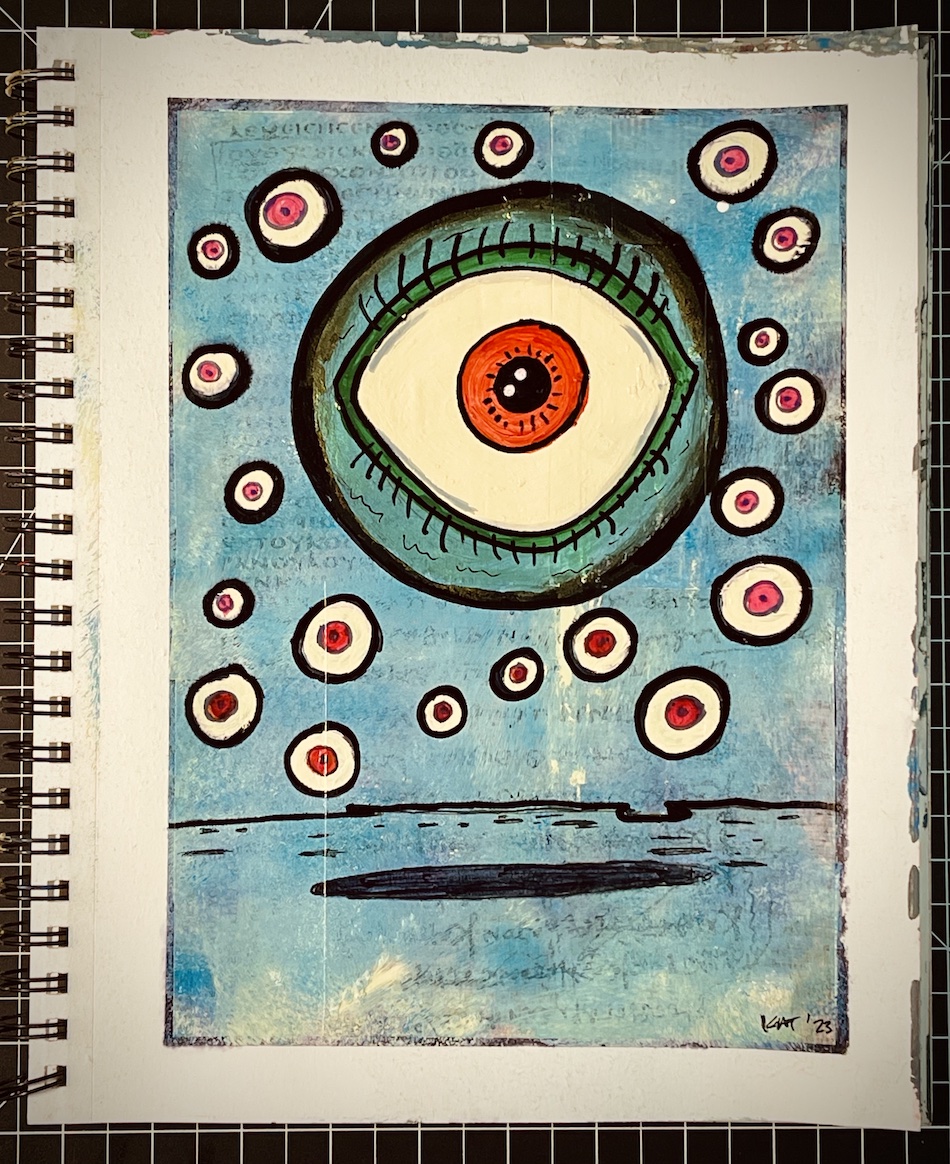 Every January for the past several years, I’ve observed others writing about their personal “word of the year.”  I’ve always dismissed it as a trendy way to shout about having big plans for the year, and that somehow a single word contains magic to make things happen.  In my personal experience, whenever I’ve announced my “big plans” they end up not going the way I had hoped. Thus, I’ve never given much thought to choosing a word for myself.

I started searching reasons why people select a word; and why it has become a thing over the years.  According to Journey of a Dreamer, many opt for a chosen word for the year instead of making New Year’s resolutions. Why? Because at some point resolutions start to feel like rules, and for many, become hard to stick to.  Throughout the year, people, as well as desires and goals, change – which can make sticking to resolutions difficult or impossible. The author further states choosing a word of the year provides something to motive and encourage us when everyday things become challenging; it’s a mantra we choose that lines up with specific needs for our souls.

In my last post, I wrote about how I spent the last months of 2022 making a master list of things I’d like to get done this year.  To stay on track, I need treat it less as must-do’s and more of a loosely evolving list of would-like-to-do’s, as well as an accountability list. For years I have repeatedly allowed myself to become overwhelmed with obligatory to-do’s , and locked myself into a cycle of all work must be done before play.

In the spirit of trying to break out of that cycle, I am going to give choosing a word for the year a chance.  The word I have chosen is: FOCUS.  I want to focus on on setting hard boundaries between true obligations and things I want to be doing.  Daily routines and must-do’s never go away, but time does.

During the first weekend of this month, I was tinkering around in my studio and came across a large Canson mixed media notebook from a long-forgotten art journaling project I had started 6 or 7 years ago. I had gotten only as far as a background on the inside cover consisting of stenciled in gears, some ink and paint slapped over it and stenciled lettering that reads “get in gear…make art.” Looking at it after so many years reminds me of how much time I’ve spent NOT making art that I had planned for this book. I lost track of a list of ideas I had for it. The workmanship of the inside cover art is sloppy and I hate it.  In finding this notebook, I made clear that there is no time like the present to to start filling the pages and see how it evolves, perhaps leading to ideas for larger paintings. The first step was penning a new running list of ideas, the second was to begin filling the first page.

I am pleased to report I have completed the first project for this notebook: FOCUS’d, to honor my chosen word for 2023.  The inspiration comes from an episode of Regular Show featuring a character named Peeps, a giant light-green eyeball who was hired by The Park’s manager, Benson, to keep an eye on his employees and reduce slacking off on the job.  Perhaps my version of Peeps will keep its eye(s) on me and offer frequent reminders that there are many more pages ahead to fill. It will also emphasize for me to focus on creating, and not on making sure everything is perfect, symmetrical and polished (another topic for another day).

Arizona native - born and raised in Phoenix. She studied media arts & graphic design, as well as paralegal studies & administration of justice in college. She is married to Alex, and currently works as an administrative assistant at a Phoenix law firm. She is also the creator and illustrator of DEEMINZ, a web comic following the adventures of a troublesome trio of spirits. Her influences come from many sources: album art, magazine ads, movie scenes, song lyrics, and anything else that catches her imagination. 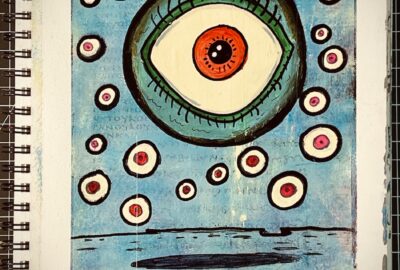 FOCUS’d
© 2023 KATHLEEN PLASKO - Mixed Media Art.
All rights reserved. All content and images are property of KATHLEEN PLASKO,
in affiliation with ELECTRIC MONSTERS MEDIA.
Do not steal or we will haunt you! Free Theme By BlazeThemes.
%d bloggers like this: